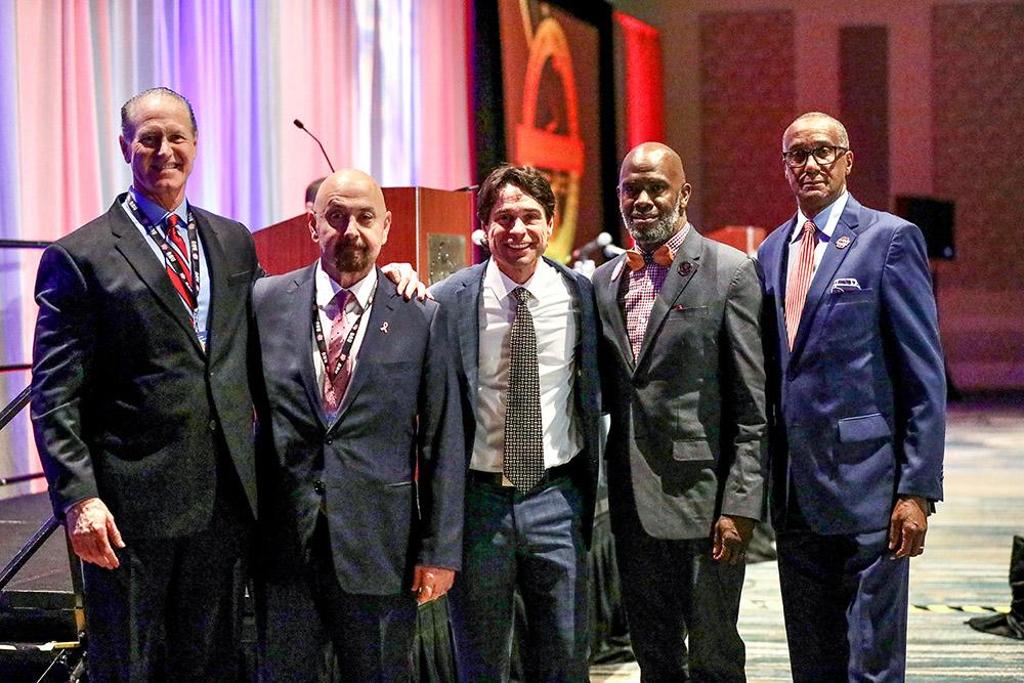 ORLANDO, Fla. (October 24, 2022) – Longtime AAU volunteer and national officer, J.B. (Jo) Mirza, was elected as the 49th President of the Amateur Athletic Union (AAU) on October 22nd during the 128th AAU National Convention in Orlando, Florida. President Mirza has dedicated more than five (5) decades of service at the local, national, and international levels to the AAU, the oldest and largest amateur sports organization in the nation.

“It is my sincerest wish to continue to contribute and serve this organization that I have belonged to the majority of my life,” said J.B. (Jo) Mirza, AAU President. “I am appreciative to have worked in service to the AAU with the previous officer group. There is no past AAU officer, volunteer or member - we will always be part of the current AAU family.”

President Mirza got his start in the sport of karate in 1972 as an athlete, competing in the Central AAU Association (now District). His roles with the AAU have been many throughout the years including AAU Karate National Chair, District AAU Governor (Central and Florida Gold Coast), and District Lieutenant Governor (Central) as well as instructor, official, and dedicated volunteer.

“I have served and participated in almost every capacity and level imaginable in the AAU,” said J.B. (Jo) Mirza, AAU President. “I have been a competitor, a coach, a referee, as well as an administrator.”

In 1987, President Mirza was recognized for his many efforts on behalf of the AAU Karate program, winning election as AAU Karate National Chair, a position he has held ever since.

Elected as AAU National Treasurer in 2014 and 2018 respectively, President Mirza served with the previous AAU national officer group, and has been a member of the AAU Board of Directors since 1994.

“My dedication to the AAU is only eclipsed by my advocacy for instilling a sense of responsibility and best practices [for the AAU]”, said J.B. (Jo) Mirza, AAU President. “Sports, and the AAU, are indispensable, reaffirming our communal and social values.”

Joining him in the newly elected AAU national officer group is fellow AAU member, Robert “Bobby” Stone, who secured the AAU 1st Vice-President position. Stone is a longtime AAU athlete, coach and volunteer. For many years, he worked in management of an event at the AAU Junior Olympic Games. In 2018, Stone was elected as AAU Taekwondo National Chair. Under his leadership, AAU Taekwondo hosted the AAU’s first-ever virtual national championship events and grew the program to more than 13,000 members in 2022.

Next to join the new AAU national officer group is 2nd Vice-President Charles “Coach O” Oliver. Elected AAU Track and Field National Chair in 2014, Coach O has been instrumental in growing the AAU Track and Field program to more than 79,000 members in 2022, placing it as the third largest sport in the Union. He also oversees track at the AAU Junior Olympic Games. The largest track meet in the world, the 2022 event saw more than 14,000 athletes competing in Greensboro, North Carolina last summer.

Longtime AAU staff member and current AAU Board member, James Parker, was elected as the new AAU National Secretary. Starting with the AAU national office in 2000, Parker was brought in as an AAU Basketball Sport Manager. Due to his success in basketball, Parker later was named AAU Director of Sports (2007 -2018) overseeing the day-to-day management of staff at the AAU national office.

Rounding out the national officers is AAU Board Member and AAU Finance Chair, Sean Kilmartin. Kilmartin was elected as North Carolina AAU Governor in 2010. As Men’s & Women’s Basketball National Chair, Kilmartin was instrumental in getting the Men’s National Championship and Military Championships shown on ESPN+ this past summer.

The entirety of the AAU Family welcomes President Mirza and the newly elected AAU national officer group as they look to the future and work together towards realizing all the possibilities and opportunities available to the Union.